BSc. Second Year First Semester, Batch 2077-81 organized Inter-batch volleyball tournament at the campus premises from 5th to 12th of Shrawan, 2079. A total of 15 teams (9 boys, 6 girls) participated in the tournament under the supervision of Assistant Instructor (Sports) Mr. Chitra Bahadur Gurung. Batch 2076-80 won the first prize in the boy’s category meanwhile batch 2075-79 won the first prize in the girl’s category. Similarly, organizers won the second prizes for both boys and girls. The winners and runner ups were awarded with certificate, medals and cash prizes. 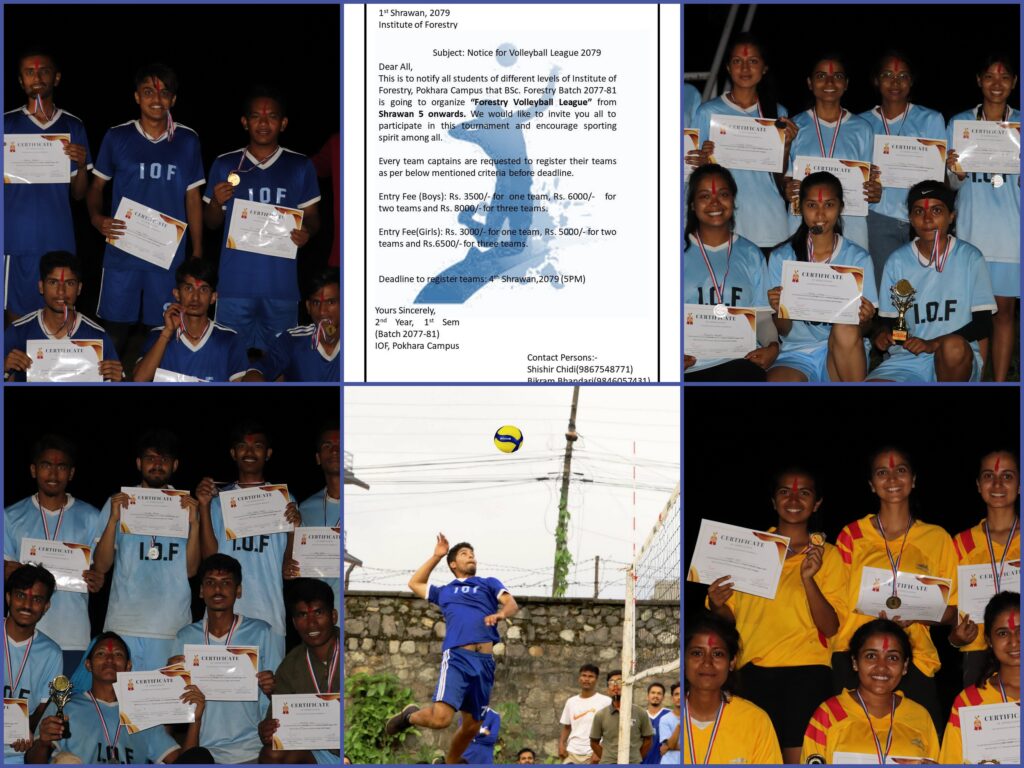 Congratulations to the winner and thanks to the organizer!