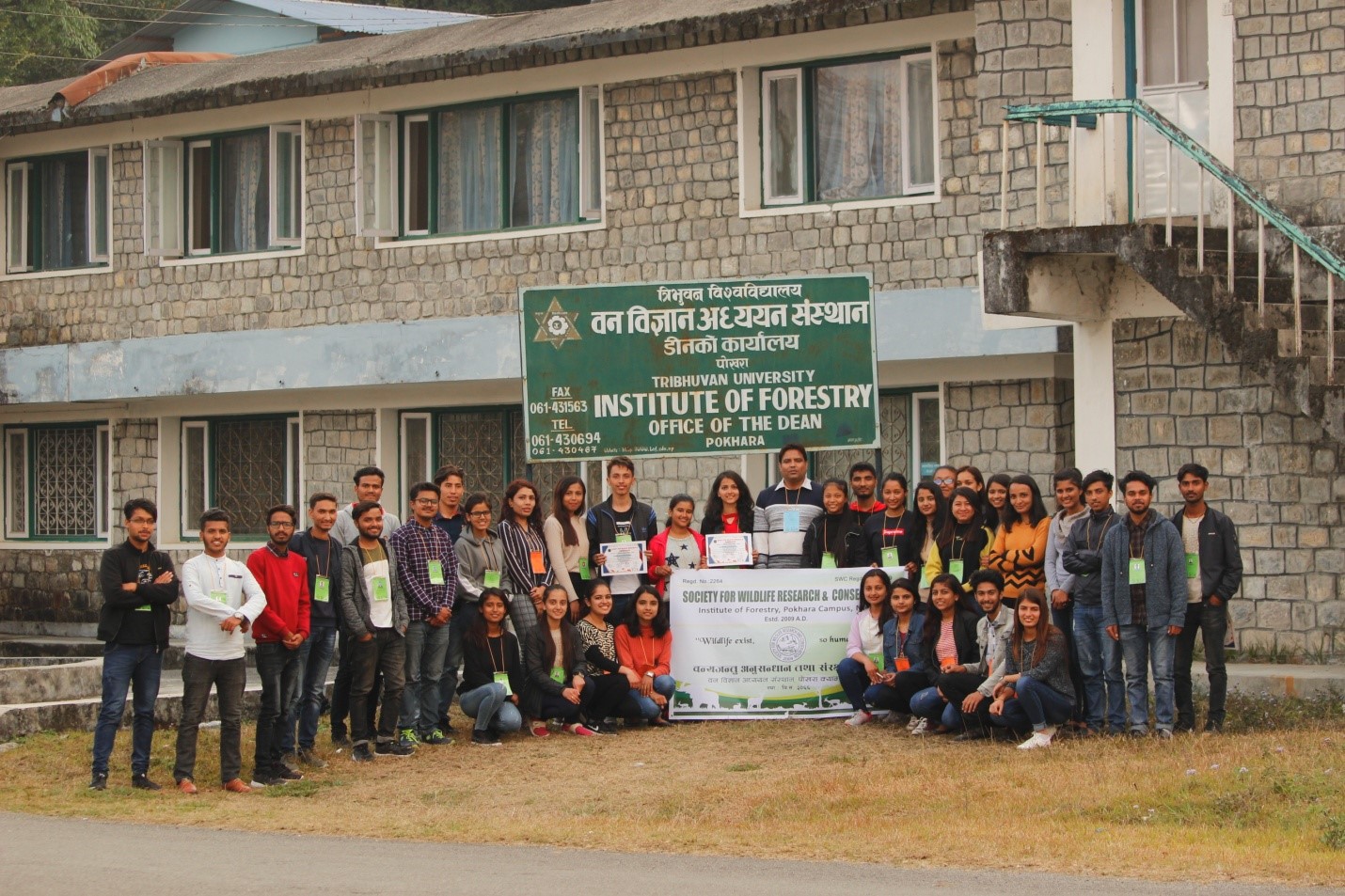 Society for Wildlife Research and Conservation(SOWREC) is a non- political, non- governmental, non- profitable & voluntary, Green organization, of Institute of Forestry (IOF) established in 2066 B.S. With a motive to encourage the students to exceed their interest in the field of wildlife and conservation, SOWREC had organized “Wildlife Training and Field Visit” on 21st and 22nd February 2019 at Institute of Forestry, Pokhara. The main objective of the program was to provide theoretical as well as practical knowledge to the students on Camera trapping, sign based survey, Quadrat sampling and wildlife farming.This training emphasized on enriching the knowledge of students of different wildlife monitoring techniques.

The “Wildlife Training and Field Visit” was conducted under the co-ordination of Mr. Saroj Kandel and chaired by the coordinator of SOWREC Mr. Akshay Kumar Rawal. Total of 30 participants were selected from various year studying in Institute of Forestry, Pokhara Campus. Various sessions of the training were facilitated by Mr. Shailendra Yadav, NTNC-ACAP, Mr. Suman Bhattarai, Asst.Prof, IOF, Pokhara Campus and Mr. Santosh Paudel. Visit to the Nepal Wild Food Production Pvt. Ltd, Pokhara-33, Lamgadi was facilitated by Proprietor Somnath Lamichhane. This training has played an important role to encourage students to proceed towards wildlife conservation.

The executive committee of SOWREC comprises of:

Some Photo Plates of the Program: 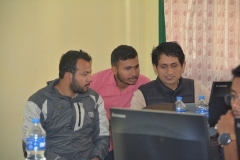