IOF Pokhara Campus has been joining hands with Earth buddy volunteers of Pokhara to support global movement on “Save Soil” ( https://consciousplanet.org/) initiated by Sadh guru at national level. 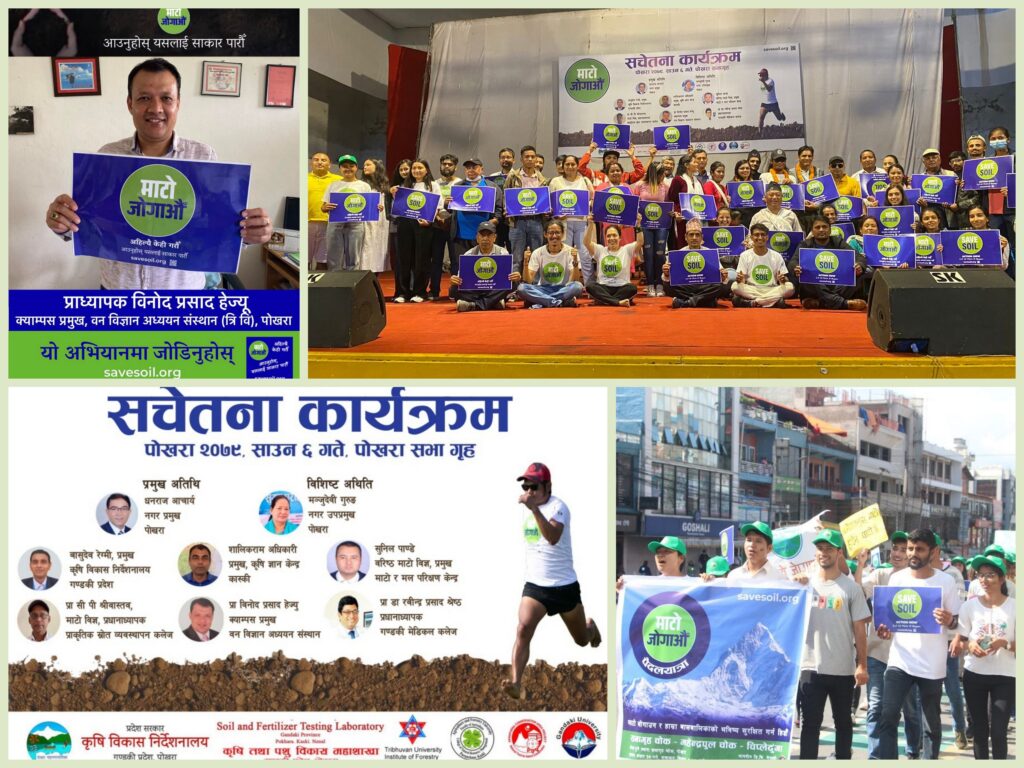 In the program attended by the Mayor Mr. Dhanraj Acharya as a chief guest; Earth Buddies from IOF Pokhara performed the save soil flash mob. Kushma Acharya, IOF student, read a poem by Rishav Dev Ghimire titled “soil” as part of the program.  Prof. Binod Prasad Heyojoo, campus chief, highlighted the significance of the program and shared his happiness for the campus to be part of the program.